The Republic of Singapore Navy (RSN) has decommissioned their first Fearless-class Patrol Vessel, the RSS Independence, marking the start of the RSN’s transition into the next generation littoral fleet.

The decommissioning event was held at Tuas Naval Base, at a sunset ceremony on March 8 2017. 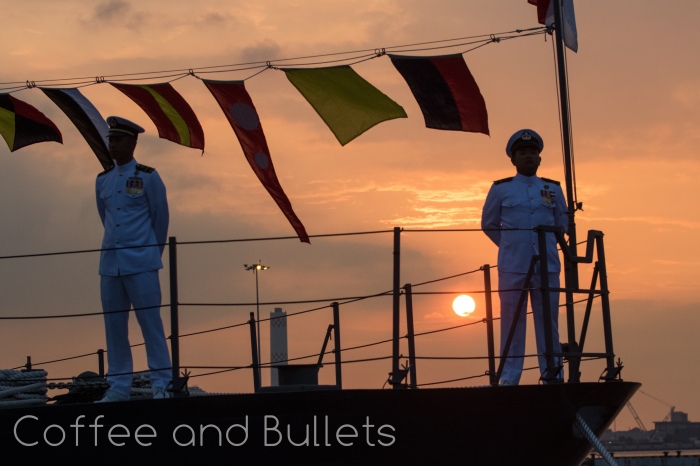 With the crew lined up in their No.1 uniform, RSS Independence was dressed and features a 62m long commissioning pennant. The original length of the pennant was 55m, representing the length of the warship, a foot is added to the pennant for every commissioned year.

The RSN Naval Staff turned up in full force, led by Chief of Navy Rear Admiral Lai Chung Han. After his citation, he gave the orders to RSS Independence Commanding Officer (CO) to retire the RSS Independence as a warship of the RSN. There the CO boards the ship, the colours and dress lines lowered and prepares for sunset ceremony.

You can witness the Sunset Ceremony here. 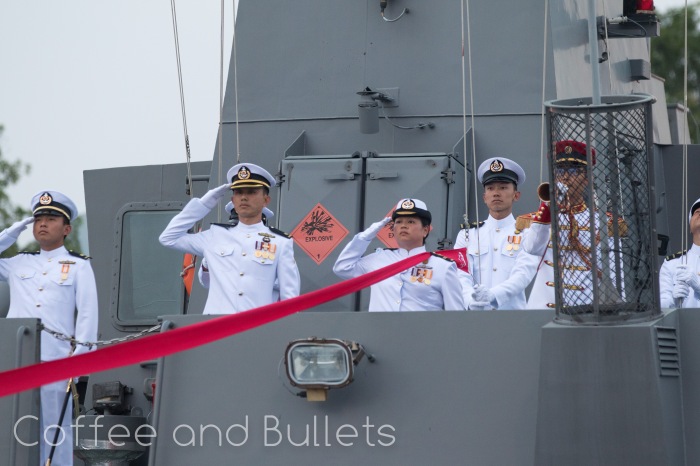 The sunset ceremony takes place everyday in the naval base, literally marking the time the sun sets. While the national anthem is sung, the jack, harbour ensign and sea ensign were lowered. As the bugler plays “Sunset” the commissioning pennant was lowered for the first and last time.

The event ends when the CO presents the respective ensign and flags to the Chief of Navy. The new Littoral Mission Vessel pennant number 15 will be officially commissioned as RSS Independence on 5 May 2017. The next two ships to be decommissioned will be RSS Sovereignty (watch this space) and RSS Unity.